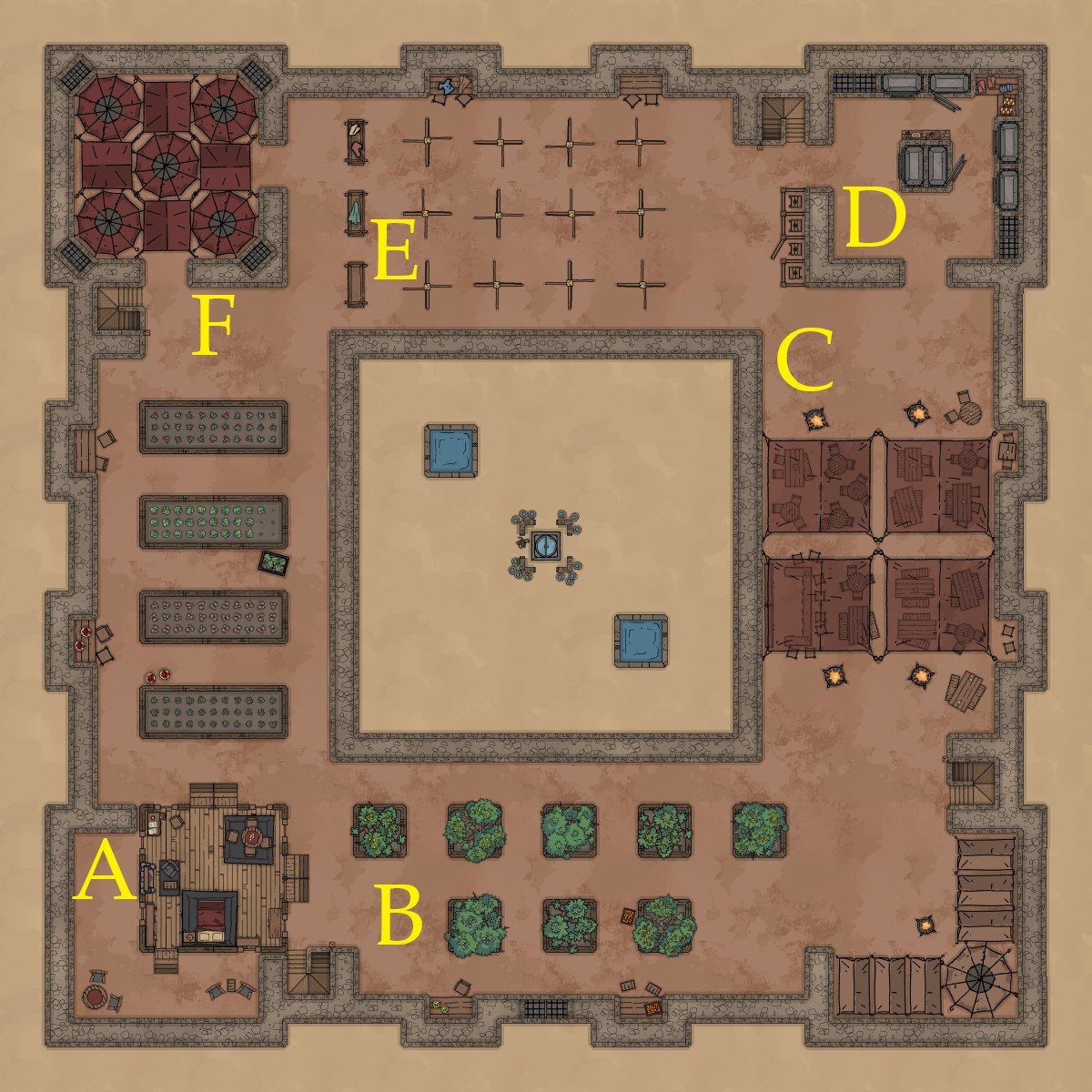 Once the vessels have been grouped in the [Temple of Methis] on the ground floor, a storm will manifest and Cofax will fetch the party to face the Old Man on the rooftops. Continue then with the flooded version of the map.

These quarters, though not as lavish as the luxury suites, are spacious and comfortable, likely meant to house Eight Roads' primary custodian.

On the circular meeting table rests the Veracimeter

These rooftop gardens are comprised of eight citrus trees. Half-filled boxes are strewn about the area. The fruit both in the boxes and on the branches is slightly overripe but edible.

With its covered, well crafted tables and ornate torches, it's easy to imagine the most wealthy and privileged of the Eight Roads' patrons and providers meeting here to go over the Market's most sensitive or extravagant deals.

Fine liquors and tobacco fill the shelf behind the bar.

Lying prone under one of the tables is the vessel of Cornelius Unbroken.

An assortment of cozy tents for the rooftop staff. Each tent contains a small cot and trunk.

Four plots of land for growing specialized crops. Crops from the first three were used to feed the staff of the Eight Roads on the off seasons. The southernmost plot contains a crop of goodberries, identical to those produced by the Goodberry spell. A few half-filled baskets surround the sunberry plot. A set of thick leather gloves can be found in one of the baskets

Picking the berries requires a successful DC 19 Sleight of Hand check. On success, 1d4 berries are obtained. If the check is failed by five or more, the creature making the check is pricked by the plants thorns. Creatures wearing the nearby gloves succeed automatically.

Creatures pricked by the sunberry thorns are Poisoned. While poisoned in this way, creatures take 1d6 damage per minute while not in direct, unobscured sunlight. After a rest, a creature can make a Constitution check (DC 10) to overcome the poison.